Randy drove truck as an owner-operator from 1986 to 2003 in the eastern 33 states. A majority of the time he pulled a dump trailer, although in the early 90's he did two years of van work. He hauled stone, lime, coal and agricultural products.

In 2003 Randy was having back problems and decided to change careers and try something different. He was hired as a mechanic at Beiler Hydraulics in January and took the position as shop manager in July 2003.

Randy worked at Beiler's until Feb 2010. He then took over dispatching for Peachey Brokerage, owned by his brother-in-law, John Peachey. Randy assumed ownership of the Brokerage in Oct 2010, and the name of the business was changed to Peachey Transport LLC.

I owe the love of trucks to my father, who worked most of his life at Martin Limestone Inc or hauling for them. For many years he had 2 jobs, driving truck and/or working in the quarry. He started in the late 40's with a single axle tractor with a single axle trailer hauling block and pipe for New Holland Block or Pipe plant. He talked about hauling 4 cubes of block, loading and unloading them by hand; no need for a Gym pass in those days! He also hauled pipe for the PA Turnpike from the Morgantown exit on East. For a few years, he turned the truck driving over to some of my older brothers and he work for the quarry and drove night shift part time. I would go along if he was driving evenings.

My first gear jamming was around 6 years old; the truck Dad had at the time was a 1966 Chevy with a 454 gas engine and 4 x 4 transmission. Dad would shift the one stick and I would move the 2nd one. He was foreman of the Limeville plant till 1974 when he resigned; he then returned to trucking full time. At that time, he bought a new 1974 Brockway to haul for the quarry. He did a short haul for the quarry, supplying material to the New Holland Block plant. He became known as the " Red Yuke" with his bright red Brockway. I can remember going along with Dad. He would come home for Dinner at 4 PM, eat a bite, take a short snooze and then be back at the quarry by 6:30. I would go along in the evening, because Dad was the only person working and he had to load his own truck. When we switched material, I would drive the truck to the other pile while Dad moved the loader. He bought his favorite truck in 1979, a Peterbilt with a 400 Cummins. They started calling dad the "Flying Dutchman" when he drove the Peterbilt. When I became old enough to drive at 18 years old, I also drove this truck. They started calling me "Little Dutch" because of Dad's nickname and I was driving the same truck. The block plant was busy in those days and they had a full time night shift. I drove days and Dad drove nights; we kept the wheels turning almost around the clock.

I worked for Dad until 1986; I then bought my first truck and became an Owner-Operator. Dad passed away from cancer in March 2001. Thanks for the memories, Dad! 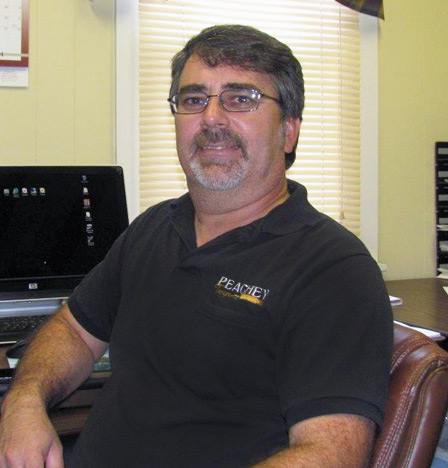 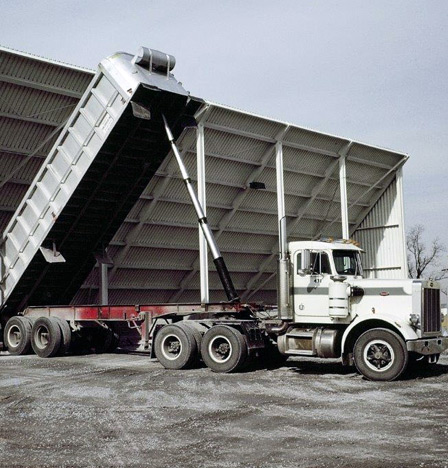 Contact us to see if we are capable of handling your particular product.